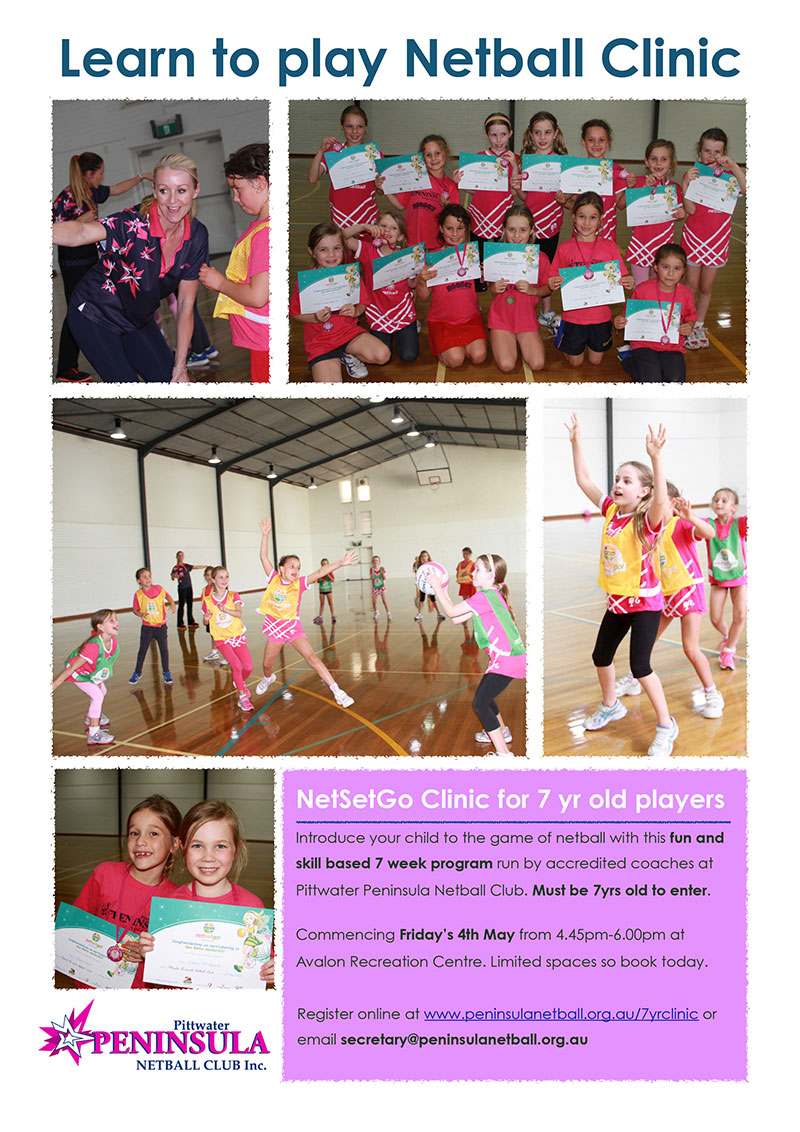 Calling out to our Peninsula family for all our 7yr players that would interested in our Netsetgo Netball Clinic that starts next Friday 4th May – this is such fun 7 week program to teach your child – both boys and girls,  all the skills netball.
It starts next Fri 4th May and runs every Fri for 7 weeks at Avalon Rec Centre from 4.45pm-6pm.
Any queries please email secretary@peninsulanetball.org.au.
There are limited spots to ensure one on one coaching so get in quick!
Register online at https://netball.resultsvault.com/common/pages/reg/welcome.aspx?type=6&prodid=59937&id=36961&entityid=43166
NetSetGO is Netball Australia’s only junior entry netball program. Open to both girls and boys, it provides children from 7 to 10 years with a positive introduction to netball, incorporating skill activities, minor games and modified matches.
NetSetGO is a modified version of netball, using modified rules that include playing with a smaller ball and lower goal rings.  There is not a winner or loser in NetSetGO competitions, it’s all about taking part, being a team player and learning to develop new skills